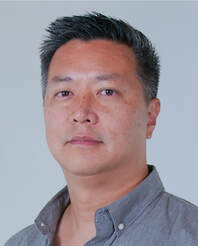 Tom is an award-winning writer & director. His last feature, 'Find Me', which he wrote and directed, has won multiple festival awards including Best Screenplay, Best Feature Film, and Audience Awards. The Hollywood Reporter called it a “touching and quirky charmer.” And Outside Magazine named it “the Indie Adventure Film we all need.” The film was a critical success, scoring 100% on Rotten Tomatoes, as well as ranking in multiple top-viewed lists on Amazon Prime, including Top Drama Movies, Top Comedy Movies and Popular Movies.

He is a Warner Brothers Sitcom Workshop graduate and staff writer for network TV sitcoms, including the critically lauded ABC show 'Sons And Daughters' and 'Still Standing' on CBS. He has also produced and directed numerous commercials and promo campaigns for studios and networks such as Fox, DirecTV, FX, NFL Network, hulu and many more.

Tom is a Film Independent Screenwriting Lab and Fast Track Fellow, where he developed his current feature film, 'Dealing With Dad', screening in film festivals across the US, and to date has garnered two Best Feature Film Awards, as well as Audience Awards for Best Feature Film, and a Festival Jury Award. He is also developing 'The Loyal Betrayal', a film noir feature set in the Manzanar Japanese Internment Camp during World War II, and a sequel for his surprise hit 'Find Me'.

While Tom is passionate about the films he produces, he hopes they inspire people in some personal way.